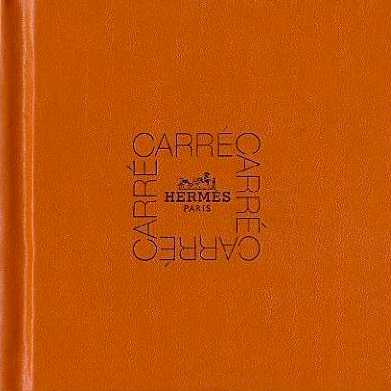 I was at a talk by Mrs. Moneypenny, a columnist for the FT, a while ago. Amongst other things, she mentioned that there’s a special book published by Hermès on how to tie a scarf, but you don’t get it unless you specifically ask for it when you buy one. I don’t own anything by Hermès myself but I was able to find evidence on the web that such a thing does exist, which led me to thinking what a nice story it was, and potentially something that can be passed on from mother to daughter for generations, if it was limited edition or something. They’re quite in demand – I think they stopped making the book and now offer a box of cards instead, which are being sold on eBay (for accessible prices though, may I add).

Hermès are also apparently working on a series of short films about the craftsmen behind their products: the leather cutter, saddler, glass-maker, colourist and so on. They are organising screenings across the world, and you can sign up to receive updates to know when they make it available in your country. Their YouTube channel has a bunch of the short videos. This one’s the latest.

2 thoughts on “The Hermès secret”

My Tweets
Join 10,558 other subscribers
Follow One Size Fits One on WordPress.com