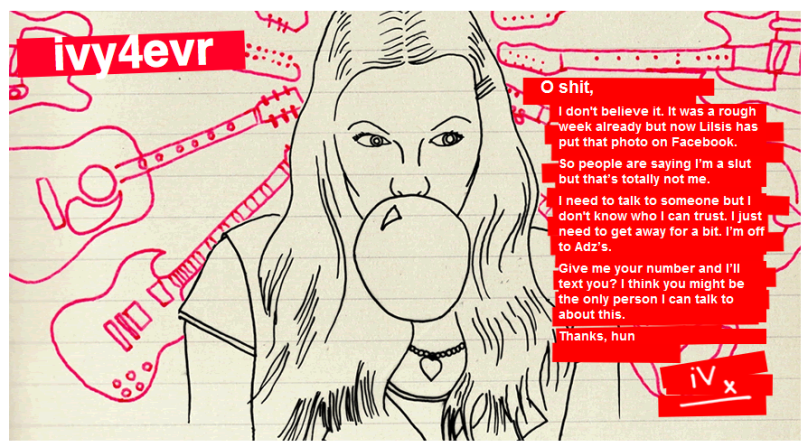 4iP, Channel 4’s digital innovation fund, is something I will definitely miss, now that Channel 4 has decided to shut the division and merge it with existing departments.

But I’m glad to know that Channel 4 Education is still flying the innovation flag high. IV4Evr is a project commissioned by them, created by BAFTA-nominated artists’ group Blast Theory and written by Tony White. It is targeted at young adults (though ostensibly it is of interest to people from the media, education, technology and broadcast sectors) and is an SMS drama around the life of Ivy, a young adult who faces – well, the usual issues young adults do, and asks for advice from fellow youngsters via SMS, to which she replies. There’s a chance to influence the story obviously, a 6-episode series which is due to be telecast in 2011.

The IV4Evr trial started on the 10th October and ends on the 16th, so if you know anyone in the UK who’d enjoy this kind of thing, tell them to get on it now. You can interact with Ivy on Facebook, Twitter and YouTube.